We fortunately found the van just in the nick of time. After that little adventure, we headed to the Stuttgart airport to pick up Shorty and Walt for the combined Voodoo Swing/Whiskey Kiss leg of the tour. They were pretty exhausted after a couple days of traveling, but they rallied to head to our show in Calw, Germany.

Calw is unbelievably beautiful. Set in the hills of the Black Forest, this little town is just out of a story book.

We met up with our friends Annie from The Booze Bombs who showed us around. 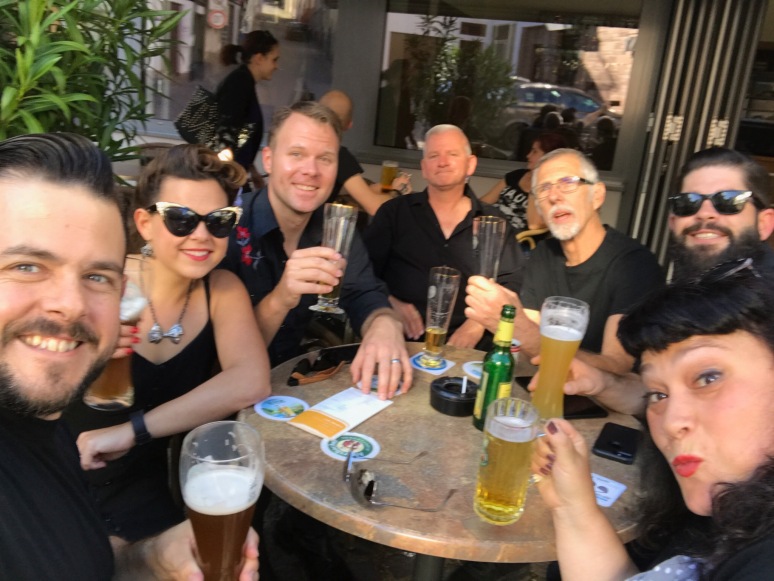 We had a fun show at Klimperkiste. Voodoo Swing played a great first set of their tour, and then we hit the road out of Germany to France.

For the first time, we really felt like rockstars in France. VDK and After Dark (production companies) gave us the royal treatment. We had dressing rooms with our names on it, catering provided, private showers, the works. These amazingly nice people gave us a family dinner with the whole crew , complete with wine and cheese of course. 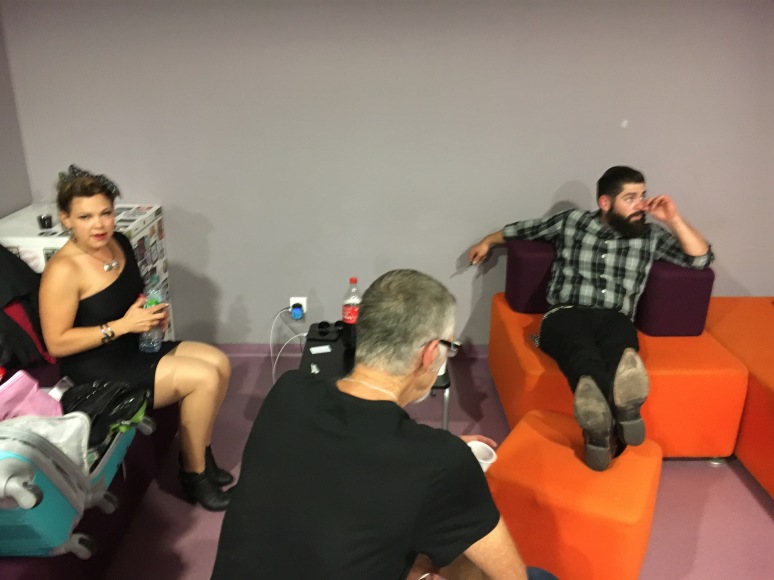 Then the show and stage were just incredible. We got to just focus on putting on a show, and it was the best time ever.

Colmar, France was beautiful, and the people were just as nice as could be. After Dark invited us back for a festival next year, and sent us on the road with a whole bag of goodies for breakfast (including 3 bottles of wine 😍). Thank so so much to VDK and After Dark for an amazing time.

We originally planned on only two more shows after this, but at the last minute the Waterhole in Amsterdam invited us out for a Monday night gig. So three more shows for Whiskey Kiss!